In recent months, we have witnessed a new wave of irresponsible and irrational actions by Kurdish political parties regarding the territorial integrity of South Azerbaijan at their official media and field propaganda levels. Considering the policies of the Pahlavi and the Islamic regimes of Iran on the issue of creating differences between non-Persian nations through purposeful territorial divisions and changing the demographic composition of different regions, as well as the strict implementation of racial repression policy in Iran and the need for unity among oppressed nations in Iran, the field and media activities of Kurdish political organizations against the territorial integrity of South Azerbaijan, have certainly been a non-constructive and destructive process and have been in the spotlight of the Turkish nation in South Azerbaijan and its political forces.

Unfortunately, despite the interaction and tolerance of the South Azerbaijani national forces to strengthen the front of nations oppressed by racist tyranny and colonialism in Iran, the leaders of Kurdish political groups behave contrary to the principles of good neighborliness and the need for unity among the oppressed nations, without analyzing the mistakes and bitter experiences of the past. Maybe relying on their limited paramilitary capabilities, they sound unrealistic claims about the lands of nations and neighboring peoples and in this way, they take steps to weaken the front of oppressed nations in Iran. In current sensitive and dangerous regional situation, on the one hand, the anti-people and colonial games of the Islamic Republic of Iran, and on the other hand, the irresponsible and divisive actions of these organizations in West Azerbaijan have caused great resentment and sensitivity to the Turkish nation in South Azerbaijan.

In recent weeks, we have seen that the Democratic Party of Iranian Kurdistan (DPIK - Headed by Mr. Mostafa Hejri), has taken extravagant and irrational territorial claims out of the way, and has openly claimed in its official media that western part of South Azerbaijan's historic lands is a part of Kurdistan. The same party has declared a so called Azerbaijani organization inside its body and has carried out terrorist act abusing the name of Azerbaijan. Undoubtedly, this wrong attitude is continuation of policies pursued by this party in the years after the 1979 revolution, when the party was led by Mr. Abolrahman Qasemlou, which led to very bitter historical experiences.

Unfortunately, other Kurdish parties not only have no objections to this non-constructive process, but also cooperate with this party with a satisfied silence; forming the “Cooperation Center of Parties of Iranian Kurdistan”.

Even the Iranian wing of PKK terrorist organization called PEJAK, despite its problems and distance with İranian Kurdish parties, behave in the same manner related to the issue of western territories of South Azerbaijan.

While the organizations of the National Movement of South Azerbaijan have repeatedly stated in their meetings, documents and statements the need to guarantee democratic civil and social rights of all Azerbaijani minorities, unfortunately the mentioned groups, due to living a Kurdish minority in some parts of South Azerbaijan, violate the principles of good neighborliness and mutual respect of the oppressed nations in Iran. They is trying to pursue a process similar to that of northern Syria or Karabagh in North Azerbaijan in West Azerbaijan, which will undoubtedly confronted by Turkish nation in South Azerbaijan.

We, the organizations of the National Movement of South Azerbaijan, while condemning the terrorist policies in West Azerbaijan, warn the leaders of Kurdish political groups to put an end to their persecution in the historical lands of Azerbaijan, to maintain good neighborliness and the need for unity of oppressed nations in Iran. Emphasizing that the territorial integrity of Azerbaijan is the red line of the Azerbaijani people and full respect for the rights of minorities, we urge the leaders of the Kurdish parties to reconsider their unrealistic claims and make the necessary transparency about their goals and plans.

Finally, we underline that, like all nations of the world, we consider the right to self-determination in democratic ways and the right to legitimate self-defense to be inherent and inviolable rights of the Turkish-Azerbaijani people, and we allow the use of all legitimate means to achieve these rights. 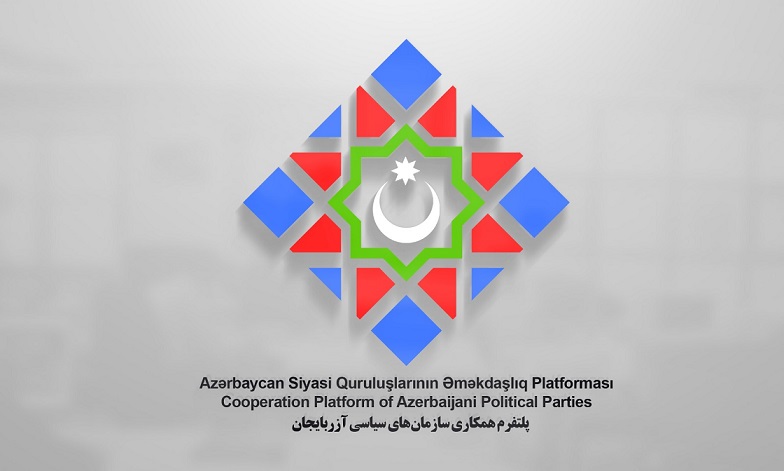