Mr. Mustafa Kazemi, Prime Minister of the Republic of Iraq

As you are aware, during visit of Pope Francis, the religious leader of the world’s Catholics to Iraq on Sunday, March 7, he visited the city of Erbil, where he was welcomed by Mr. Nichervan Barzani, President of the Northern Region of Iraq, and Masrour Barzani.

After the meeting, the transport and communications authority of Northern Iraq issued a commemorative stamp on the occasion of Pope Francis ‘visit, which contradicts the spirit and philosophy of Pope Francis’ peaceful trip and the orientations of the religious and political officials of the Republic of Iraq.

Officials in the northern region of Iraq have issued an unknown and completely false map with a picture of Pope Francis in the memorial stamp. In this map, while distorting the official borders of Iraq, the lands of other neighboring nations are introduced as “Kurdistan”.

This action is completely contrary to the spirit of friendship of the nations of the Middle East; not only is it the source of deep and endless contradictions; rather, it will pave the way for the bloodshed of opportunists and terrorist groups in the region. It is clear that this is contrary to the spirit of Pope Francis’ peaceful journey and cannot be accepted by the peoples region and the world.

As organizations active in the field of the rights of Azerbaijani Turks living in Iran, we strongly protest the attitude of officials of northern of Iraq which serves only the destabilization of the region. We hope this mistake will be corrected.

We hope the government of the Republic of Iraq will certainly consider the misconduct of the authorities in the northern of Iraq.

The Turkish nation in South Azerbaijan and its political organizations, due to their historical and cultural commonalities with the friendly and brotherly country of Iraq, always want its stability and increasing political and economic development.

Office of Ayatollah Sistani, the supreme authority of the Shiite world

Ministry of Foreign Affairs of the Republic of Turkey 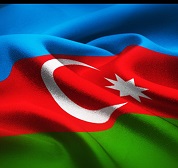