76 years ago, on 3rd September 1945 (12 Shahrivar 1324), in order to struggle against the racism of Pahlavi regime in Iran, self-determination right of South Azerbaijan and the formation of a free and democratic rule, 12-article declaration of 3rd September (12 Shahrivar) was issued in Tabriz, historical capital of Azerbaijan.

Despite the efforts of the Democratic Party of Azerbaijan to negotiate with the Tehran regime in a civilized manner, the regime opposed due to its racist and reactionary character. Nevertheless, based on the achievements of the Constitutional Revolution in Azerbaijan (1905) and the principle of self-determination right of nations, it was decided to establish the National Government of Azerbaijan on 12th December 1945 (21 Azar 1324). This historical decision showed that South Azerbaijani Turks were in favor of freedom, peace and democratic rule.

We, as the organizations of South Azerbaijan, honor the 76th anniversary of the 3rd September Declaration and express that the slogan of "Freedom, Justice, National Government" which was uttered in Tabriz streets is our great goal and the base of demands of our nation.

We call on our nation for unity in this sacred path and we emphasize the importance of democratic struggle in an organized manner based on the principles of the national governance. 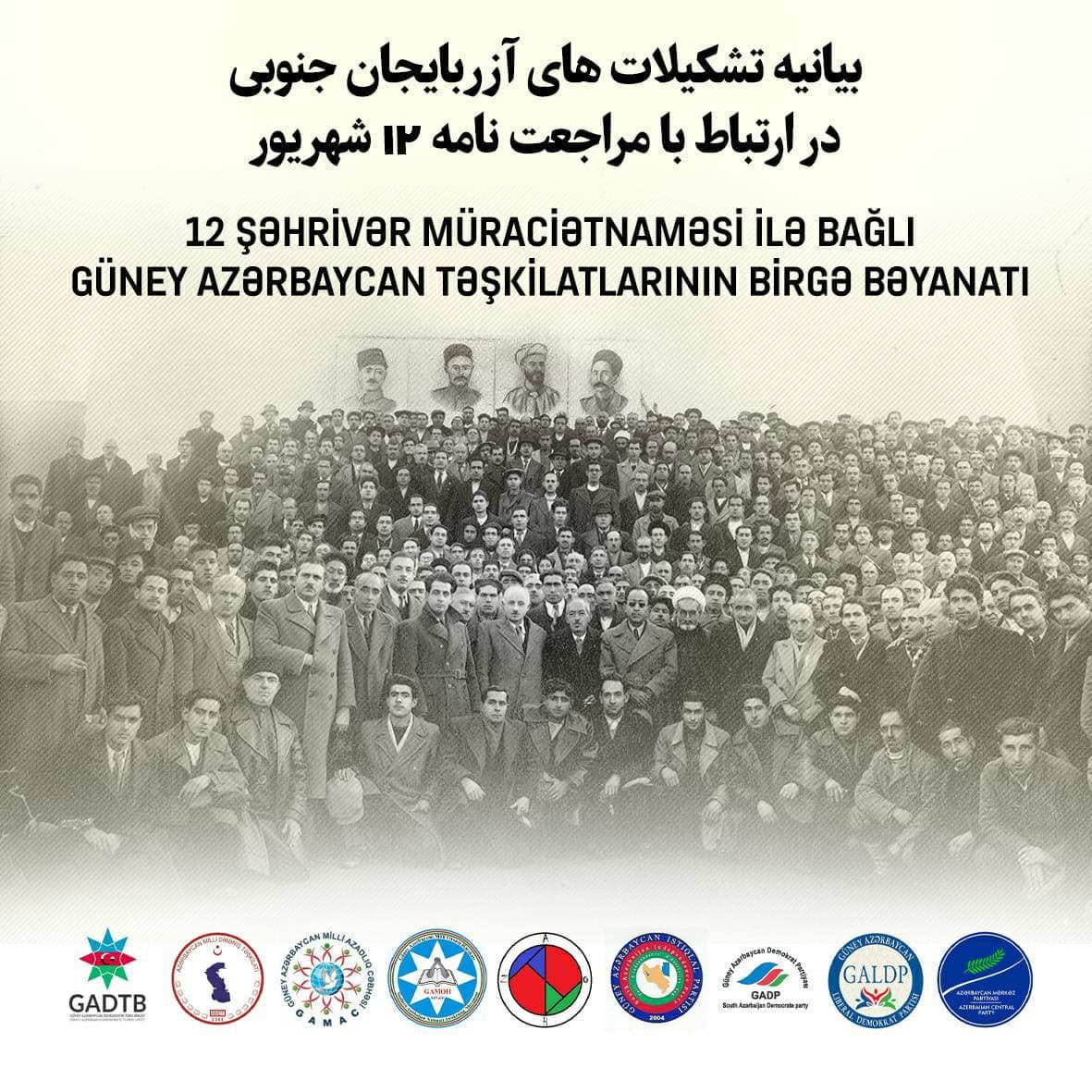