Under the genius leadership of the President of the Republic of Azerbaijan, Ilham Aliyev, most of the occupied lands of Azerbaijan are returned to the motherland. In the Second Karabakh War, the brave soldiers, ensigns and officers of Azerbaijan put an end to the 30-year Armenian occupation and useless resolutions of the UN in 44 days by sacrificing their lives. We pay tribute to our martyrs, wounded and everyone who has been subjected to the Armenian war crimes during the past 30 years. "Azerbaijan always appreciates the bravery of its sons and daughters, respects the spirit of all our martyrs and honors their memory."

We strongly condemn the Iranian-Persian regime's gathering of troops on the borders of the Republic of Azerbaijan and the inappropriate statements made by some officials Iranian against Azerbaijan.

As organizations of the National Movement of South Azerbaijan, we are always and everywhere with the Azerbaijani statehood and are ready to protect it. 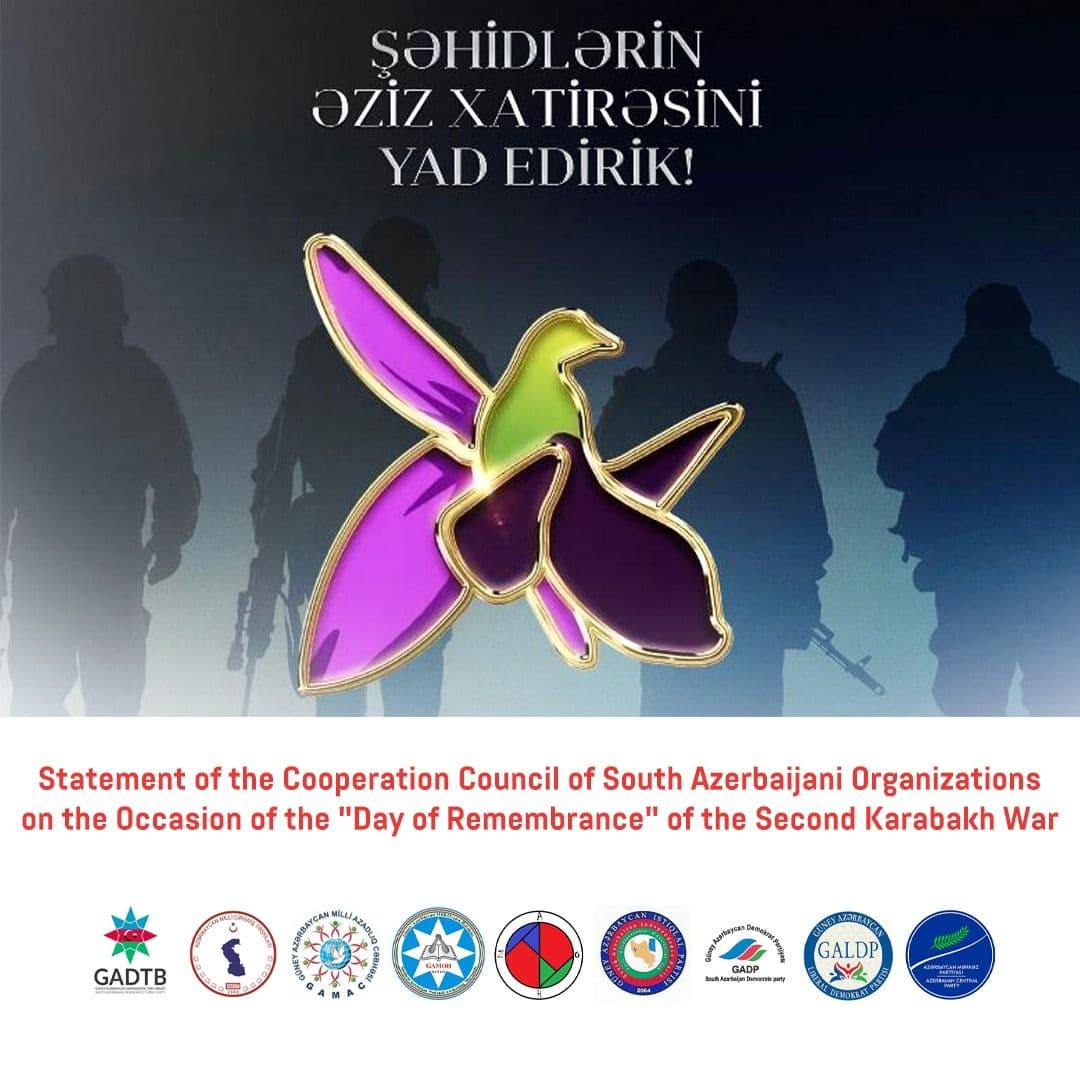