On December 12, 1945, the Turkic people of South Azerbaijan implemented their historic decision to establish a national government in South Azerbaijan based on the idea of freedom, justice and national governance. In this way, our nation fulfilled dream of living in a democratic society that guarantees cultural rights, national identity and economic welfare.

Despite the national government of South Azerbaijan, which was an important turning point in the history of our statehood, achieved many successes, it was overthrown as a result of the racist policies and brutal war crimes of the Pahlavi regime. In spite of that, our freedom-loving nation has continued to struggle without giving up its democratic ideals based on national ideas.

Today, the Persian-oriented political currents, which are trying to prevent our struggle for national sovereignty, continue to use insidious plans to influence the national movement of South Azerbaijan to deviate it from lofty goals. In order to thwart these efforts, the national movement of South Azerbaijan must use its past experiences to become more organized and integrated. National calls and slogans should be in Azerbaijani Turkish, cooperation and coordination between national activists in different cities should be enhanced, and the form and manner of protests should be determined according to the ground circumstances.

As the parties and organizations of South Azerbaijan, while celebrating the 21st of Azer, on this occasion, we declare our support for any kind of protest and initiative for the rescue of Lake Urmia, and we call on our people to join these plans. 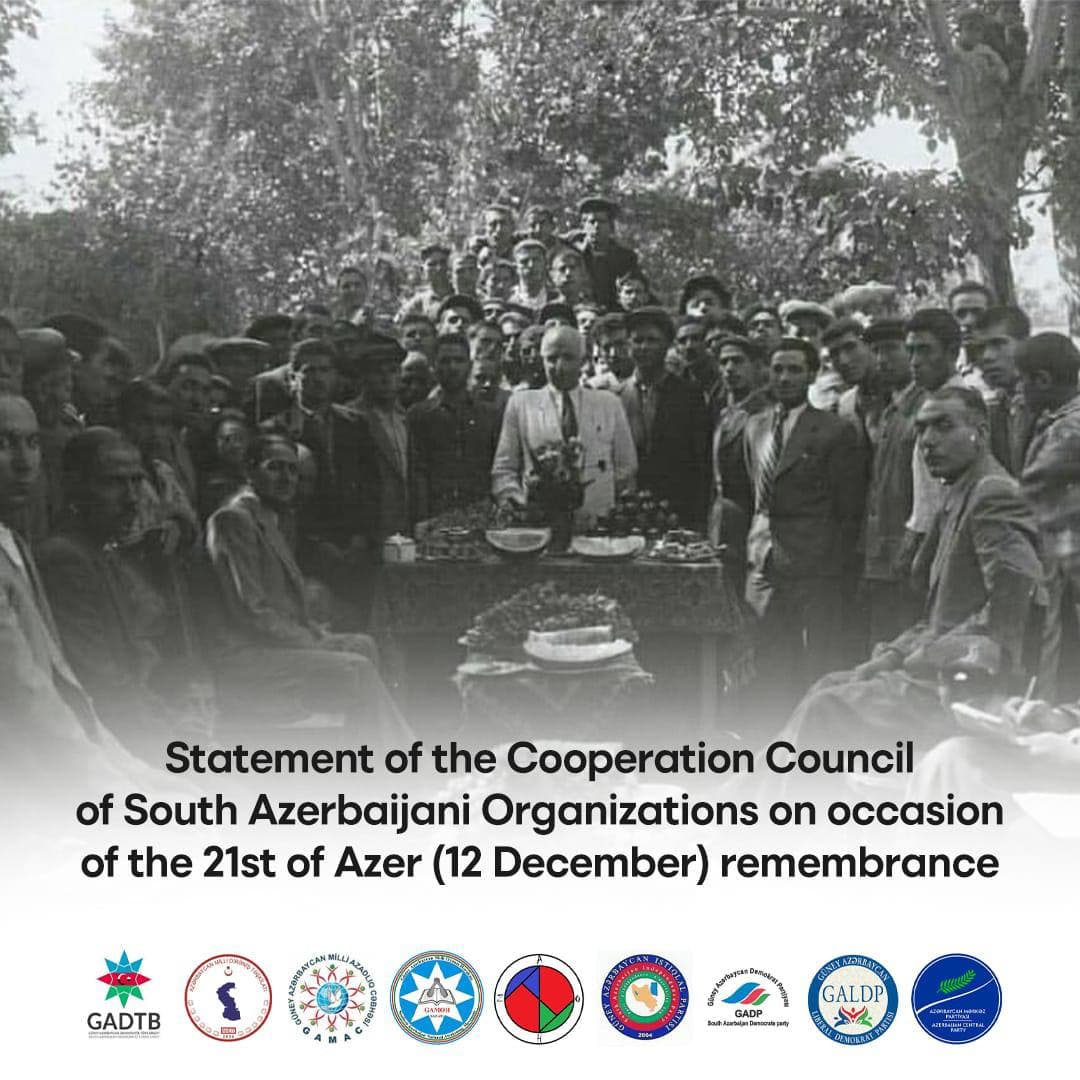